It was a huge turnout for the KTM Demo day at ACP despite the chilly temperatures. Check out all the action!

The morning was overcast and chilly (by Arizona standards) but come race time the sun was out and it was a beautiful January day at Arizona Cycle Park, host to Round 1 of the AMA West Hare Scramble.  Cory Graffunder was defending his #1 plate from many other riders that will try to take it from him this year. 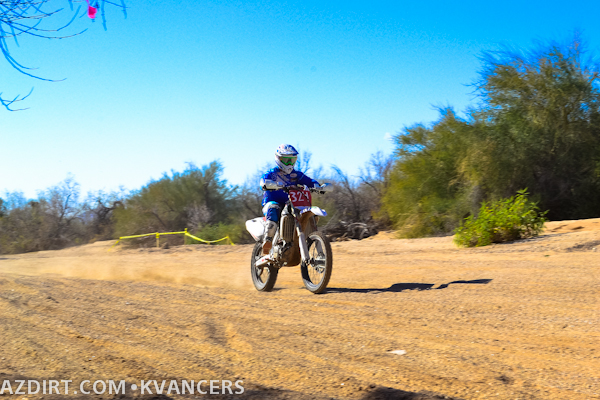 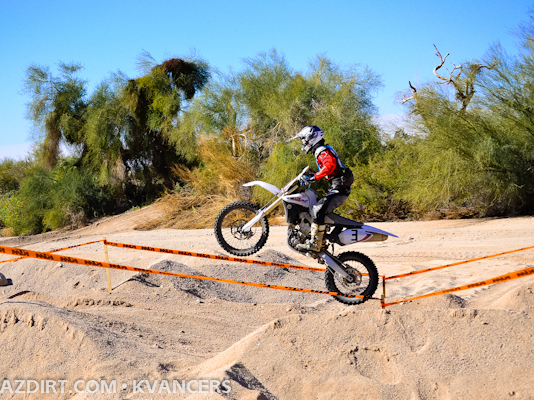 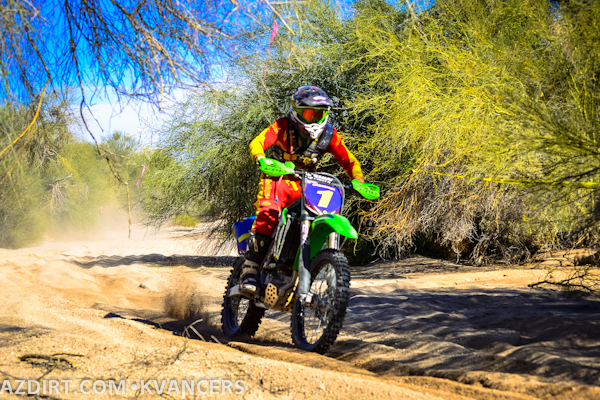 David Broderick started on the second row in AA class but charged all the way to a third overall! 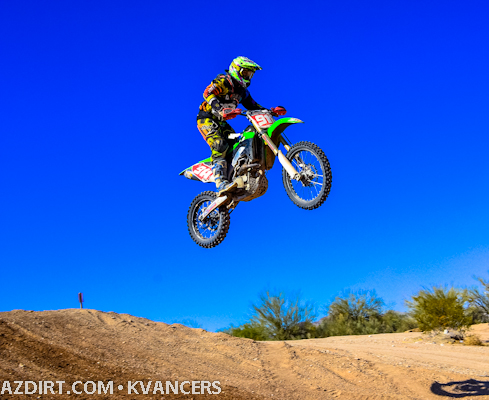 Tallon Taylor had no problems with the MX section of the 12+ mile lap. He took third in the Pro class. 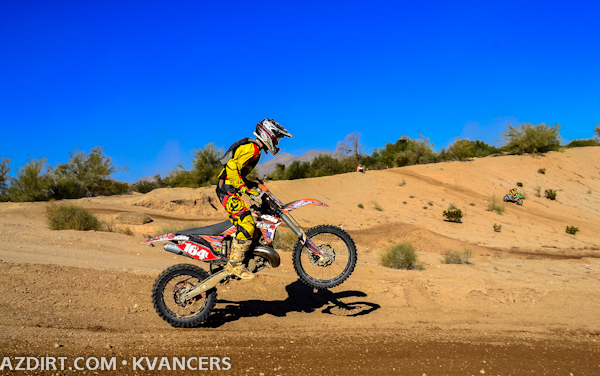 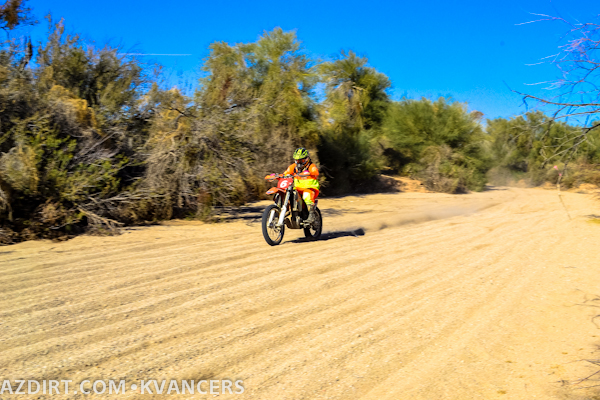 Anson Maloney rounded out the top five in the pro class 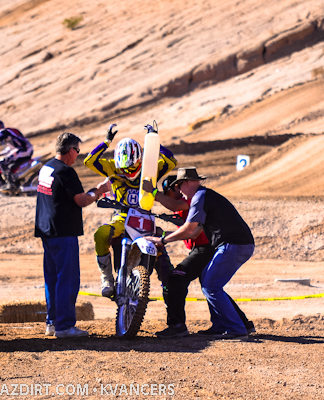 Cory Graffunder had some bike issues and lost too much time to the rest of the pack. He ended up 10th in the pro class 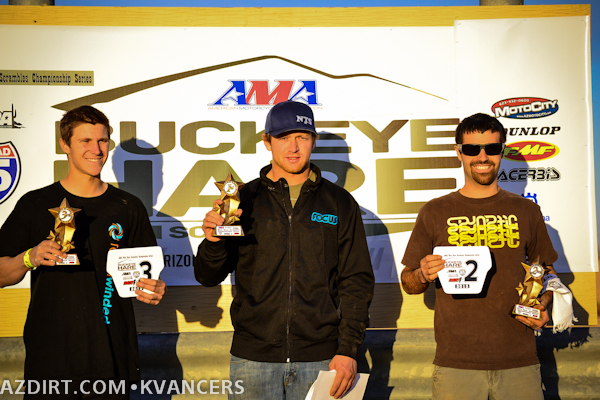 Gary Sutherlin, Justin Sanders, & David Broderick show off their hardware at the end of the day.

Lines were plentiful during practice….

….But you could always make your own

Dakota Mikkelsen getting some coaching

Track is ready. Time to mount up!

It was pretty even as soon as the gate dropped

But as lap one came to a close Kyle Dearing, Angel Molina, & Doug Goodman start to spread it out

But Granados was chasing down Goodman

Dearing leaps his way to the front

The rest of the pack trys to hunt down the leaders

Zambach takes the lead from Bons exiting the rollers

Woodward pulling a gap on Bons

Alexander Vestal leads Miles Mcguigan up to the triple

Ty Nexsen protects the inside from Brian Graham

Moto 2 started off with some close racing between Nexsen, White, & Vanderwaall

Moto 1 racing was tight up front from the get go

Chest protectors were definitely a must

Moto 2 start was a carbon copy of moto 1

Carson Russell keeping on the rear wheel of Dakota Mikkelsen

Zachary Frye getting ready for lift off

Doug Goodman puts it out front early on Hans Vanderwaall

Vanderwaall keeps Goodman in his sights

Greg Cameron steals the inside from John Gilbert, but….

…Gilbert gets it back in the next corner

Lucas Frye jumps out to the early lead

The rest of the pack races to the first uphill triple

Courtney Wood had issues on the first lap

This class had the race of the day.

….But Zambach had a tip over that gave away a possible moto win

Moto 2 was different. Giardina had a bad start while Zambach put it out front. It was a battle with multiple lead changes all the way to the checkers.

Jake Schmich did not get the best start

Conner Maxwell out in front

Schmich making up for his bad start

Thanks to ACP for three great rounds of racing. See everyone next year! 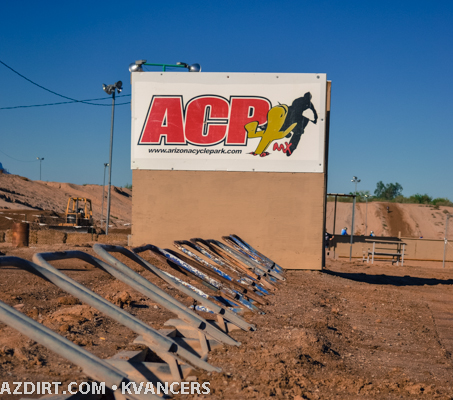 END_OF_DOCUMENT_TOKEN_TO_BE_REPLACED

Round 2 photos by Kris Vancers